A guide to researching the law of the EU

The additional Treaties making changes to specific sections of the founding treaties are:

The Acts of Accession signed by Norway on 22 January 1972 and 24 June 1994 never came into force. A Treaty signed on 1 February 1985 gives Greenland a special status.1

Official Journal of the European Union

EUR-Lex  contains electronic copies of all Official Journals since the first edition. Effective 1 July 2013, the electronic edition of the OJ (e-OJ) is authentic and produces legal effects.

From the page Treaties in Eur-Lex you can access the basic legal texts on which the European Union and the European Communities are founded: the founding Treaties (original versions and later updatings), the amending Treaties, the Accession Treaties for each of the six enlargements, plus other essential documents. 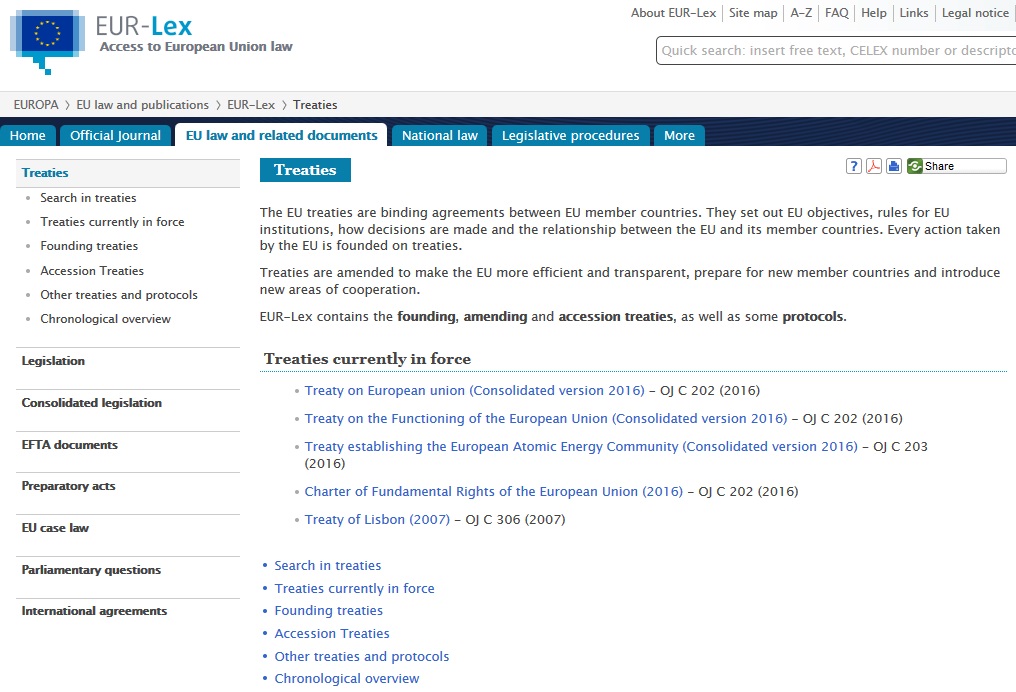 The site EU Treaties gives you access to the full text of the main treaties with additional information. 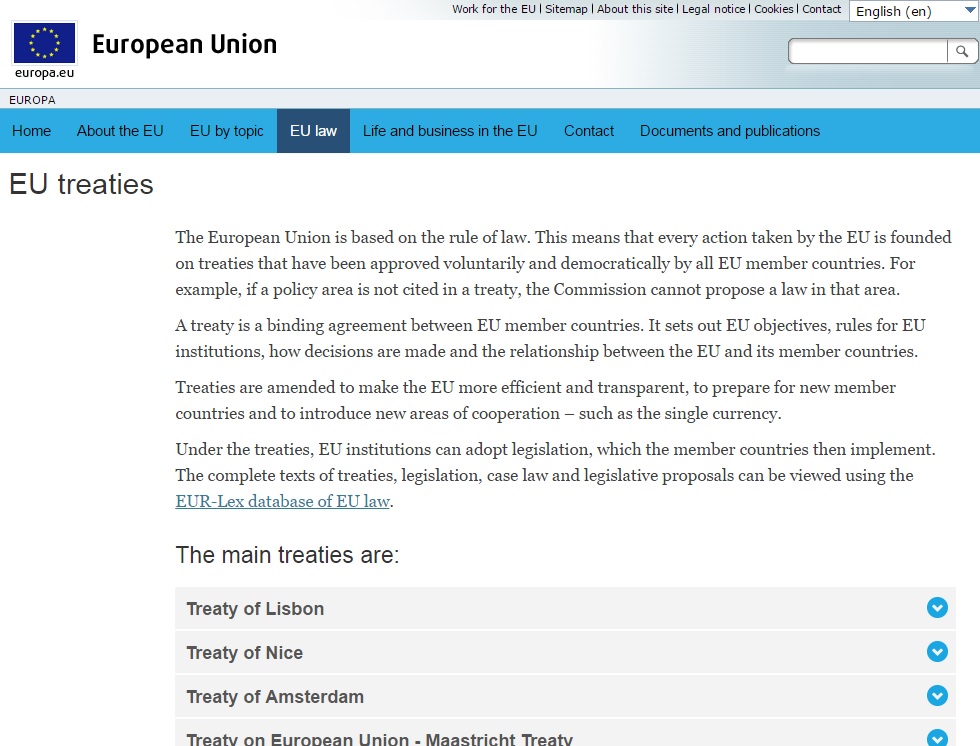 The European Union Constitution brings together facts, official documents, analysis, bibliographies, links and other resources relevant to the main steps in the European constitutional process.

See for yourself below.