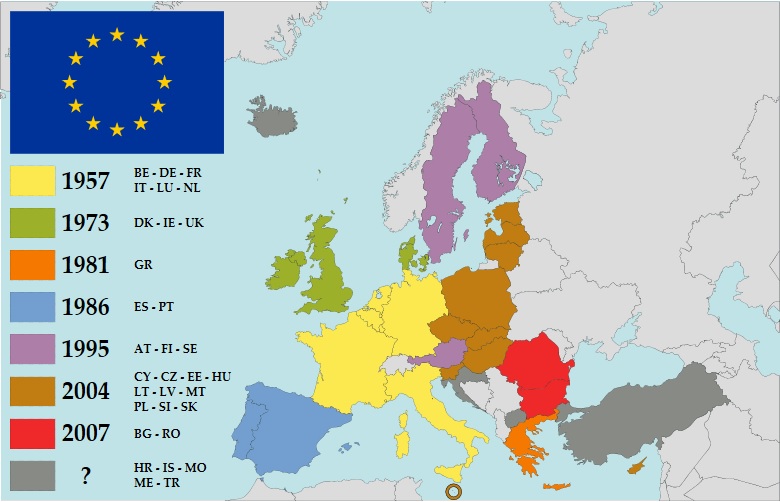 The Treaties establishing the different European Communities are:

The additional Treaties making changes to specific sections of the founding treaties are:

The Acts of Accession signed by Norway on 22 January 1972 and 24 June 1994 never came into force. A Treaty signed on 1 February 1985 gives Greenland a special status.1